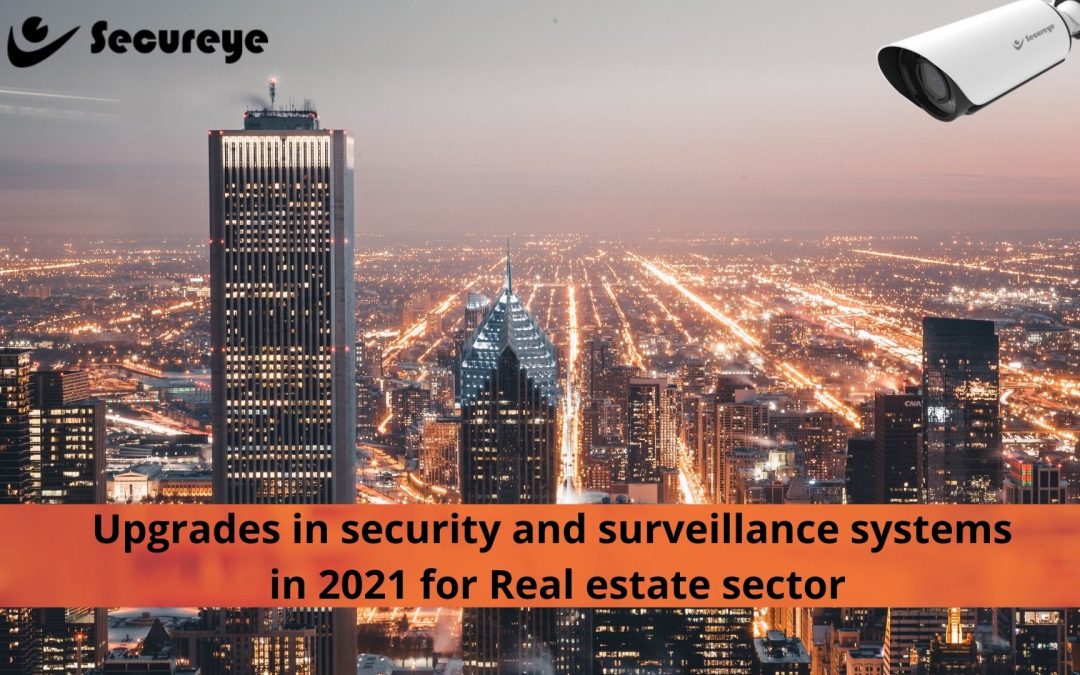 Technological advancement has always played a significant role in determining as well as driving the demand for electronic security and surveillance products. According to a report issued by American-British information provider IHS Markit towards the end of 2019, more than one billion surveillance cameras would be installed across the world by 2021 and the maximum growth in the video surveillance market would be seen in developing countries, including India. While the ongoing pandemic might not have much impact on these numbers, it has definitely influenced the trends in the industry to a great extent, especially with regard to the real estate sector. And these trends are most likely to dominate the practices in 2021.

With more and more hi-tech powered security and surveillance products flooding the market, both developers as well as homeowners are focusing more on wireless systems. Be it an alarm system or CCTV cameras, an increased affinity can be seen towards devices that are smart and capable of wireless sensing, wireless location tracking, etc. Such devices are easy to install and can simply be connected with Wi-Fi to start functioning. The key here is automation. People want all devices to be managed easily through smartphones or barcodes. This also stands true with regard to customer service. For instance, we have already introduced a system wherein users can simply scan a bar code to reach our support page.

Artificial Intelligence has redefined the traditional modes of functioning in the security and surveillance domain with regard to real estate. It enables facial recognition, temperature reading, etc. Another example of how AI is leading to innovations is the integration of number plate cameras with boom barriers installed at the entrance of a premise. When a vehicle with a registered number plate reaches the entry point, the boom barrier automatically allows it to enter the premise. Thanks to AI, there can also be a mechanism that would prevent any access to a given entry point for a defined time period. There are no qualms in saying that AI will definitely be more prevalent in the security and surveillance domain in the times to come.

While the complete 5G rollout may take a longer time, 5G cellular systems have already been deployed to the great extent and its ambit is only expected to increase next year. Even as many new-age security & surveillance devices and equipment are designed for smooth data transfer, a lot of time is consumed in the process currently. With the increased rollout of 5G and an increase in Internet bandwidth, the transfer of data from one source to another is expected to be much faster. The usual maximum internet speed is 100 Mbps, which we at Secureye have increased to 500 Mbps. And it is expected that almost all industry players would work towards the same in near future.

Massive advancements have been made by industry players when it comes to CCTV, ranging from night-vision and color night vision to IR-powered cameras. Now consider a situation when you have a rotational zooming camera installed in your premise. As soon as there’s a movement on the gate, the AI-powered camera gets in action and tracks the complete path of the one who has entered. Also, if the suspected intruder heads into an unwanted zone, the camera would generate an alert, through email, SMS, and push notification. While technology has already arrived, not many seem to be aware of it. Come 2021 and we might just witness a surge in the demand for such equipment.